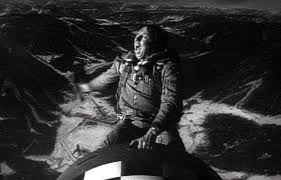 If only that were so, but apparently The One felt the need to apologize for dropping the big ones that ended WWII. Fortunately the Japanese saw the folly of it and headed him off at the pass. You’d think they’d have been the first ones to be okay with it, but no dice.

I spent a good deal of time in Japan as a young Marine, and was able to visit Hiroshima. It was an amazing city, and the memorial gardens were sobering. Seeing the remnants of such violent history up close should make anyone with a brain in their heads think about the consequences of war.

In no way does that mean we shouldn’t have done it. Truman’s decision saved millions on both sides. Anyone who says otherwise is willfully ignorant of the realities of the period. Consider we had to nuke them – twice – before they  finally surrendered.

It also established the United States as one country you absolutely did not want to screw with. We’ve sadly frittered away that legacy over the intervening decades.

One of the memorial’s main halls held an enormous guestbook for visitors to sign and leave their thoughts. It was full of the predictable twaddle about tolerance and world peace and how-terrible-this-must-never-happen-again-please-forgive-us flapdoodle. It was thoroughly dismaying.

So what was my entry?