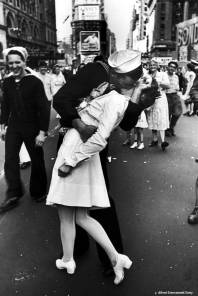 I certainly hope so.  This story from the Washington Post is encouraging. But it’s not like the CIA has a real great track record of predicting significant events, so let’s hold off on party plans for now.

A common memory from 9/11 is that everyone knew it was terrorism after the second plane hit. Being a former (not “ex”) Marine and military school grad, you can imagine that I follow defense matters pretty closely. It was crystal clear that not only were we at war, but it was almost certainly al Qaeda. And that meant we would be in Afghanistan soon.

It also seemed clear that achieving victory against such a thoroughly depraved enemy would require us to go places we never dreamed of. To do things we never thought we’d do. Our enemy, not being a stand-up army, meant we were going to have get really down and dirty.

They had to come to fear us more than death. How do you do that when they welcome death? We had to change their “hierarchy of needs”, so to speak. If waterboarding three captured AQ big-shots is the worst thing we had to do, then frankly I’m pleasantly surprised. Asymmetrical warfare puts us in the slop, with the pigs, because you can’t defeat people like that by punching in your own weight class. They’re not impressed by Patriot missile batteries or nuclear attack subs.

But you can bet Special Ops forces kicking down their door gets their attention. Can’t do that without knowing which door to kick down, which means you have to have really good human intel. Which takes us back to the pigs-in-the-slop analogy. It’s an ugly business, but necessary. The FBI didn’t bag John Gotti by infiltrating the local boy’s choir. They went where the bad guys were.

I can understand strong differences of opinion about our later excursion into Iraq, but am stunned that there are still people who refuse to understand how completely justified we were in going to the ‘Stan and rooting those people out. Here’s hoping we can bring our guys home soon after a job well done.