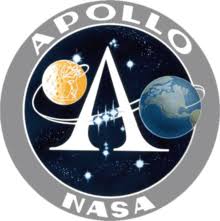 Andrew Chaikin is the author of A Man on the Moon, an eminently readable history of the Apollo program which Tom Hanks used as the basis for his HBO miniseries, From the Earth to the Moon.

The book reads like a novel. It’s hands-down the single best source of information on one of our nation’s greatest achievements, and provides excellent context for more detailed inside-baseball histories written later on by key players like Gene Cernan, Chris Kraft, and Gene Kranz.

They are all men whom I have a tremendous amount of respect for, and held high places among my list of boyhood heroes. But sadly, many of the men who made Apollo successful have also fully imbibed the NASA Kool-Aid, based on their advocacy for the atrocious Space Launch System. SLS threatens to become a fiscal black hole from which no other program money will escape.  I found this ironic for Mr. Kranz, who in his own book, Failure is Not an Option, lamented as to how NASA has devolved into just another butt-covering government bureaucracy.

Which brings me back to Mr. Chaikin, who recently penned an excellent piece on the sorry state of U.S. human spaceflight in Space News. An unquestioned expert on Apollo history, he appears to have benefited from an historian’s sense of objectivity. It probably didn’t hurt that he wasn’t drinking from the water fountains in Houston or Canaveral in the ’60s, since they were apparently flush with the aforementioned Kool-Aid.

Four decades later the challenge is not just to follow Apollo’s trail into deep space, but to do it affordably and sustainably. That’s not going to happen if NASA continues to be run as a jobs program as much as a space program.

These are the things I think about when I hear people like my manager friend say that commercial companies should be patient and wait for the fruits of NASA’s experience to spin off to the private sector. They apparently don’t see that this spinoff has already happened, that companies like SpaceX have digested the collected wisdom of NASA’s first half-century and are building on it.

But don’t take my word for it. Read the whole thing at Space News.