This amusing little gem from the NY Post just popped up in my news feed:

“He seemed angry,” said Pamela Kent, a Princeton resident who was traveling with her daughter Jessica. “He said, ‘We’re going to be flying through horrific storms, including tornadoes.’”

Another PR victory for United!

Any of my readers in the biz will recognize the rest of the story embedded here:

There were tornado warnings across Warren County in New Jersey and in parts of Pennsylvania late Tuesday as heavy rain pummeled the mid-Atlantic region. When the plane finally prepared to taxi, the pilot got back on the intercom to notify the passengers that the plane had to return to the gate because of a maintenance issue, Kent said. 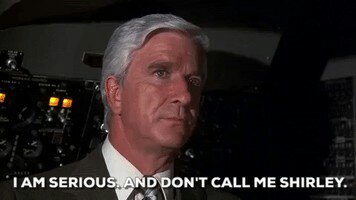 Let me break this down, inside-baseball style (assuming the story isn’t #FakeNews):

The Captain is probably Chicago-based, running a couple of round trips a day to EWR. The crowded airspace and concentration of busy airports in the NY area makes it notoriously sensitive to weather delays. The slightest threat of thunderstorms in the morning will start ground delays to NY by lunchtime.

I’m sure the weather was dog crap. I’m equally sure his dispatcher planned his route, fuel, and alternate(s) accordingly. And I’m dead certain that if he had any disagreements with his release, he could either work out a better plan with his dispatcher or refuse to take the flight. Either one of them has the authority to do so.

In reality? Airlines can be stingy with contingency fuel, and nobody wants to be “that guy” who refuses a legal trip. So in classic passive-aggressive style, he decides to frighten the passengers so everyone can share in the misery.

Meanwhile, he’s looking at his watch and waiting for his duty clock to run out, thus forcing the company to take him off the schedule and send him home. So, push off blocks and boom (cue Chuck Yeager drawl): “Well folks, this here pesky indicator light that’s been a known nuisance for the past month just twinkled again. We’re gonna have to return to the gate for maintenance (and where I know scheduling can probably scare up a relief crew from the bullpen because – gee whiz – we just hit our 10-in-24 limit for today and the only thing I want to do less than spending a couple hours in the spin cycle over EWR is to actually spend the night in that hellhole). Sorry folks, and thanks for flying the friendly skies.”

Just my two cents. Could be wrong.