David Burkhead, the Writer in Black, on some sickening reactions to the Vegas shooting. The implications are perhaps as frightening as the event itself:

The Writer in Black

I’m a little too angry to write much here.  I’m not going to go into the shooting itself.  For one thing, for the first 2-3 days you usually have more speculation and made-up nonsense than actual facts.  Instead, I’m going to go into the responses of some people to this tragedy.  So, let’s see that folk had to say: 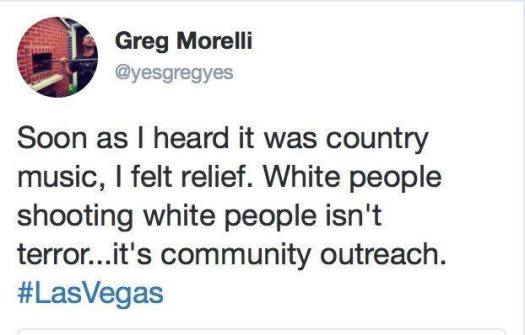 Let’s see what else is out there.  Oh, there’s this gem: 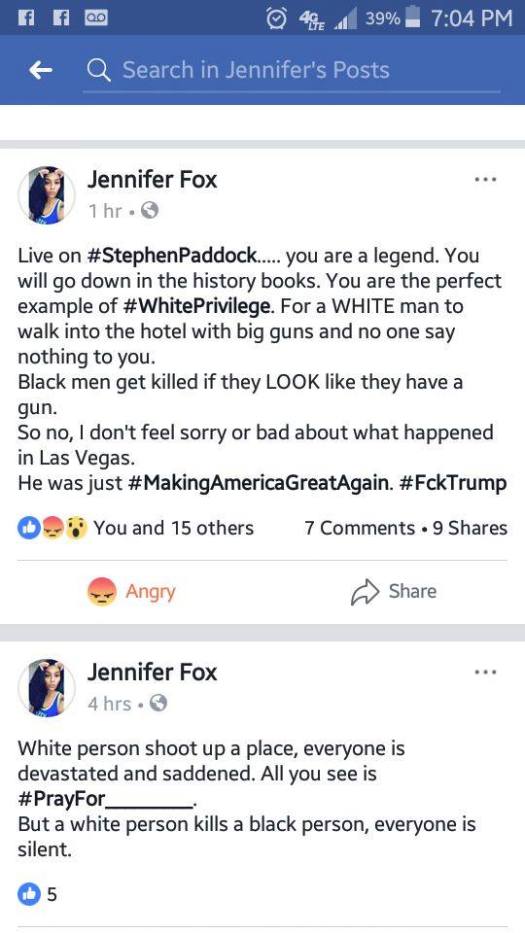 Leaving aside the factual errors (giving her the benefit of the doubt) in the statements look at the line “I don’t feel sorry or feel bad about what happened in Las Vegas”. 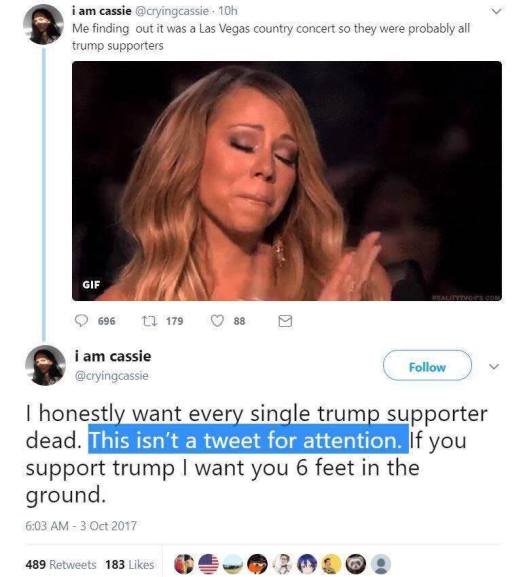 Only counting those who voted not those supporters who, for whatever reason, didn’t make it to the polls, that’s just under 63 million people “i am cassie” wants dead–over political differences.  Five times the total killed in the Holocaust, she wants dead because she…