Google is still doing it wrong:

Let that sink in. They take exception to a church publishing house hosting apps for Vacation Bible School.

Ever been to a Lutheran service? Not exactly filled with the fervent faithful speaking in tongues and tossing snakes around. Google is afraid of a bunch of exceedingly polite people doing…what exactly? Teaching manners to their kids? Believing in a higher power? Holding another Sunday potluck?

If they’re this bad with the Lutherans, you can imagine how they really feel about the rest of us knuckle-dragging rednecks.

It’s like the whole country is a field of dried grass and the hard left just can’t stop lighting matches to see what happens. As Col. Schlichter has pointed out, if they’re this afraid of the “Christian” right, they’re really going to hate the non-Christian right.

Today is the day we celebrate Christ’s resurrection. I don’t typically flog my religious views much here, but today is different. It doesn’t take much to look around this world and see how mankind has fallen and cannot be redeemed by our own actions. We are imperfect and to think we can each somehow achieve perfection by even our own standards – much less the Creator’s – is wishful thinking.

God knew this, because he knows us. Much better than we know ourselves, I might add. Our Creator became human to take on our failings, in order that we could be redeemed into His glory.

Well, you can’t say nobody warned us. Jesus told the disciples, to paraphrase, “There shall be wars, and rumors of wars. Do not concern yourselves with these things.”

Or if you prefer fire raining down from Heaven, dogs and cats living together…mass hysteria!

Like I said, it’s not like we haven’t been warned. And much of this is just simply the result of people who should’ve known better acting in defiance of common sense.

So much to comment on, so little time. Short version: the world’s gone nuts. A picture being worth a thousand words, it’s probably just better to juxtapose a few images and point out some obvious contradictions…

1. The flag of our enemy flies over our embassies. A U.S. Ambassador is dead, along with an aide and their security detail – two former SEALS. Bloody handprints on a column at the supposed “safe house” speaks to the horror of their demise: END_OF_DOCUMENT_TOKEN_TO_BE_REPLACED 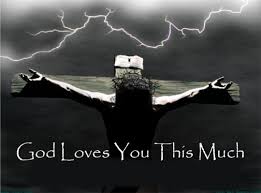 P.J. O’Rourke once wrote that “Giving money and power to government is like giving whiskey and car keys to teenage boys.” Keeping that in mind, ever notice how all of the really scary news remains out of sight until it just can’t be concealed anymore? Then it all pops up at once like crabgrass in your back yard…

Like the huge new Big Brother-ish NSA data collection center. If it’s transmitted, they’ll not only read it; they’ll store it for future reference. Combined with the CIA’s excitement about spying on people through their TV sets (I mean, really…did they just flat lift the idea from 1984?). It makes you wonder if anything is truly private anymore. END_OF_DOCUMENT_TOKEN_TO_BE_REPLACED